Following weeks of allegations aired within the media and hypothesis over what she may uncover, senior civil servant Sue Grey delivered a top level view of her report back to the prime minister on Monday.

The Guardian’s chief political correspondent, Jessica Elgot, tells Nosheen Iqbal that Sue Gray’s report incorporates minimal particulars of the events the Met is investigating, that are among the many most severe and most politically controversial breaches.

In an announcement to the Home of Commons, Johnson instructed MPs he accepted Gray’s restricted findings and supposed to shake up his Downing Road operation. In response, the Labour chief, Keir Starmer, as soon as once more known as on the prime minister to go, saying he’s ‘unfit for workplace’.

Johnson’s future now rests with the temper of his MPs, many of whom have pushed for a full launch of Gray’s detailed findings as soon as the police investigation has concluded. 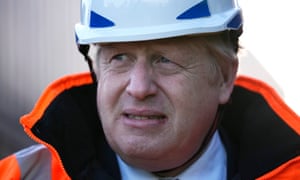 The Guardian is editorially unbiased.
And we need to hold our journalism open and accessible to all.
However we more and more want our readers to fund our work.